The Triple “C” of Victory 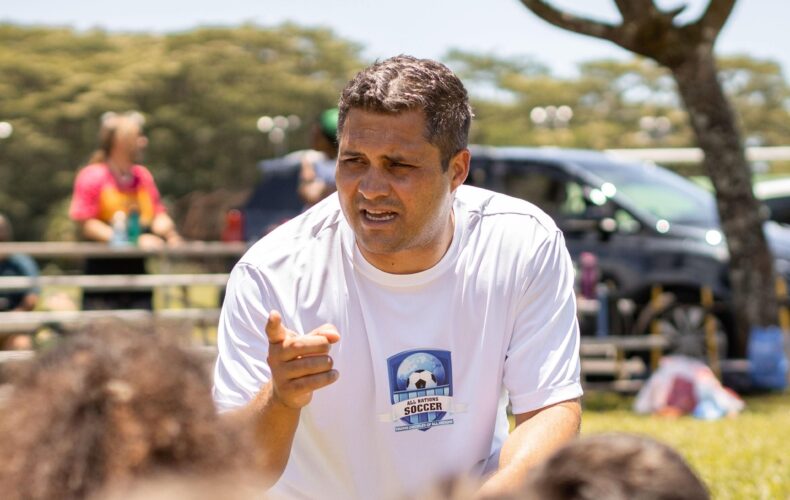 The Triple “C” of Victory

Football is a game of honor, pride and passion. To pursue victory is an instinct engraved within the human soul, we are born with an instinct to win. In many cultures around the world, football is more than just a sports game, it is a form of expression and a voice. A voice that cries out against poverty, oppression and unfavorable life circumstances. For many, football has become the main venue by which they can express their hunger for success. The deceased Brazilian journalist and sports writer, Armando Nogueira, while attempting to explain the passion of the Brazilian culture for the football game wrote the following words, “Look there, reader, that one over there is Geraldino. He comes to seek the victory that outside life has denied him all week.”

The inward cry of the human soul for victory is instinctive in every human being but how this inward cry is translated into football and finally into a victorious mindset is not the same for everybody. In this short article I will examine three variables that will help you translate that innate desire you have to be successful into a winning mentality in football. I will call it the “Triple C of Victory.” My goal is to help you be successful on the football field but most importantly to help you identify cues in your personality that will help you develop a winning mentality on and off the football field.

The first variable that I would like to mention is courage. Courage is defined in the Webster English dictionary as the “mental or moral strength to venture, persevere, and withstand danger, fear, or difficulty.” If we look closely we will notice the mention of the word “fear” in Webster’s definition of courage. That brings to mind the famous quote of the 32nd President of the United States Franklin D. Roosevelt, “Courage is not the absence of fear, but rather the assessment that something else is more important than fear.” This is a very powerful statement. As an athlete, you are expected to always perform at the best of your abilities and because of that expectation, it can be very difficult to admit the ever lingering presence of fear. Fear can manifest in many forms but it is quite possible that you have experienced a season of low self-esteem or a moment when your confidence wasn’t quite there in the way that you wish. The fear of failure or not being good enough can very easily find its way in your mind and heart after a game where your performance was considered poor or bellow your own expectations. Sometimes our self-criticism can be the worst of all critics because we may not always be able to control it inside our minds. The very moment you allow self-criticism to take hold of your mind you must be able to control it and determine when to stop it. Self-criticism under control can be a very positive thing but out of control can do more harm than good. Make sure that you define well what is most important for you before every game. Acknowledge that fear is never fully absent but it is always there waiting for its opportunity to control your heart. The Christian Bible has a powerful verse that I always quote to myself every time fear attempts to cripple within me. It goes like this,  “I can do all things through Christ who strengthens me.” (Philippians 4:13). Try repeating these same words next time low self-esteem, the lack of confidence or fear itself begin to manifest in you. Let me know what happened as you did that. Have courage!

The second variable that I would like to mention is commitment. Commitment is a powerful word. It means “the attitude of someone who works very hard to do or support something.” Commitment in football means that you are Locked into a collective cause. To be committed in football means that you are willing to do everything within your individual ability to achieve the goals of the team. Sometimes, athletes can confuse commitment in football with training consistency but let me clarify that this is not true. The type of commitment necessary to build a winning culture is much deeper. Any team or athlete that sees commitment as merely being willing to show up to training and do all that you are expected to do will never develop a winning mentality. Allow me to make clear that training is just the bare minimum that is expected from someone desiring to be successful. The type of commitment that I am talking about is the commitment that assumes that the individual already does everything that he is expected to do and more. The commitment necessary for a group to develop a winning culture is the commitment that transcends the ego of the athlete. Let me be specific; the football team made up of individual athletes that are able to see their fellow teammates as more important for the group than themselves are on road to success. The athlete committed to the goals of the group must be willing to swallow his own ego for whatever is necessary for the group. The Christian Bible has several powerful teachings upon this view of success. In the book of Philippians 2:3 the writer challenges the communities in Philippi with the words,

“Do nothing out of selfish ambition or vain conceit. Rather, in humility value others above yourselves, not looking to your own interests but each of you to the interests of the others.”

This is a revolutionary view of group interaction and it has a special way for building team cohesiveness and morale that is unlike any other. Going along with the same principle, also in the Christian Bible the words of Jesus were recorded by the writer in Mark 9:35. It is written, “Anyone who wants to be first must be the very last, and the servant of all.” This principle of servanthood when applied within a team environment has the power to build the type of commitment centered on team goals. This unique form of commitment applies great value on the individual while emphasizing group goals. This is the path to success! Be committed.

The third variable and the final “C” of the “Triple C of Winning” is character. Character is a broad concept that will always be expressed in the environment of football. The Merriam-Webster dictionary defines character as “one of the attribute or features that make up and distinguish an individual.” From a football stand point, character will heave meaning ranging from the moral attributes of an athlete to the behavior that the athlete undertakes within the environments of training, team and game. Within the football culture in Brasil, it is common to hear the term, “that player has character,” meaning that the athlete has leadership qualities or someone who “dog fights” the play, focused on winning balls or who doesn’t give up on a play very easily. I rather focus on the moral attributes of the athlete because I strongly believe that winning is more than the final score of the game. The moral attributes that make up the character of the athlete are the determining factors that affect positively or negatively the environments of training, team life, and game performance. Ultimately, character is the one main factor influencing every area of the athlete’s life. The Bible has much to say about character. In the the book of Romans 5:3-5 (ESV), character is portrayed as the resulting product of the combination between suffering and endurance, observe:

“More than that, we rejoice in our sufferings, knowing that suffering produces endurance, and endurance produces character, and character produces hope, and hope does not put us to shame…”

From this Biblical perspective, the combinations of suffering and endurance result in character development. For further understanding, let’s define the meanings of suffering and endurance. According to the Merriam Webster Dictionary as we look Into the definition of “suffer” we find, “to submit to or be forced to endure…” As we research the meaning of “endurance” we discover that it is “the ability to sustain a prolonged stressful effort or activity.” Upon those definitions, I believe it is important to point out that the football athlete looking to succeed on and off the football pitch must decide that he or she will willfully submit and never be forced to the strains or the sufferings of training. Success begins with an intelligent decision and never an imposed obligation. Finally, endurance will be the consistency of that intelligent decision. Day after day the athlete will be responsible for himself, his actions on and off the training grounds, his individual roles within the group and he will remind himself as well as his teammates of the common goals shared by the entire group. Ultimately a successful group is made of successful individuals that share a common goal.

The athlete must understand that his character is the only pathway for his success in football and anything else in life. His character will be displayed and molded every day as he decides to suffer himself in physical and mental training, long trips to and from games, relationships with other athletes, staff and coaches. It is said, “talent creates you opportunities but your character maintains you there.” The athlete with character develops a winning mentality that is competitive, healthy and sets him to be successful on and off the football pitch.

In football it doesn’t matter where one came from or what stratus of society one is raised in, the game levels everything up to a ball, a team and a goal. When the kick off whistle is blown the pursuit of honor, pride, and passion is translated into a football match and the outcome can only be decided within the four lines. More often than not, the group of individuals that best translate the inward cry of the human soul for victory into the universal language of football, wins the day. However, in the greater game of life winning is much more than the outcome of a football match. As you read this article and think of yourself as the athlete who fights for victory, remember to have Courage, Commitment, and Character in the pursuit of your goals. “The Triple C of Victory” will position your success on the football pitch but more importantly if you do it with humility, integrity, love, and consistency it will position you for success in life.

God bless you with much success ahead!