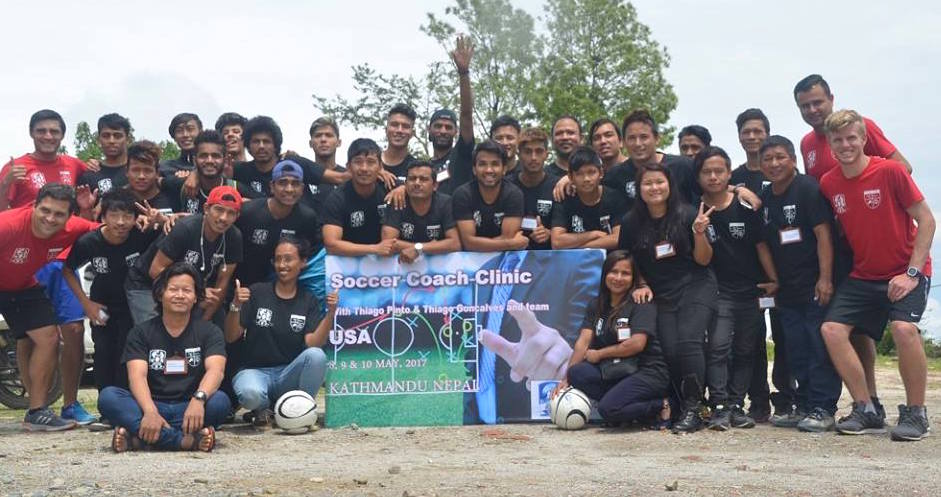 We finished our time in Hong Kong and left to Nepal on a Friday. The conference for coaches was not scheduled to start until Monday, so we had a few days to connect with Pr. Reuben and his family; Pr. Reuben is ANS Ministries representative in Nepal and South Asia Region. In Nepal, Saturday is the traditional day of worship, so I was asked by Pr. Reuben to preach at one of his sixteen churches. This particular one is located in the capital, Kathmandu, while the others are in the mountainous regions of the Himalayas.

I was deeply impacted when we arrived at the church. I saw Pr. Reuben’s interaction with the orphans he and his wife adopted after the 2014 earthquake. This earthquake was one of the most disastrous of our time. It literally leveled many areas of the capital Kathmandu, killing 9,000 people and leaving 22,000 wounded. As I observe Pr. Reuben’s interaction with the kids, I could see an obvious transformation in his demeanor. Pr. Reuben tends to be more reserved, quiet to say the least, but with those kids there was a change. I could see a warm and affectionate person, loving those babies as his own. They looked up to him as their only father figure. That experience made my day complete. I was happy to know that those babies had a place to call home and a dad to look up to. Later I learned that the church also housed some adults that were wounded and lost their home during the earthquake; like this one mother who had both of her legs crushed by a large rock that rolled over her home during the earthquake.

Sunday we spent time with the Church Boys United Football Club players. CBU F.C is owned and managed by Pr. Reuben and plays in professional tournaments around Nepal. Our time with the players was spent learning about their lives and professional soccer in Nepal and India, since we also had professional players coming all the way from India to attend the conference. We also spent time with a few coaches who journeyed as far as 22 hours by motorcycle to attend the coaches’ clinic. Later I realized that this time of interaction with them was just as important and impactful as the conference itself.

On Monday the conference started with great anticipation by everyone. The location of the conference was a hotel up in the mountains with an astonishing view of the Himalayans. Prior to the start there was a small period of interaction between the conference attendants where we were able to meet and interact for the first time. For me it was encouraging to learn of female coaches and sports ministers attending the event. I was hopeful and wondered if there were going to be any since soccer is predominantly a male sport in Nepal.

Pr. Reuben opened the conference with a prayer followed by the Nepali national anthem. Coach Pinto began the conference talking about his philosophy of coaching. At no moment during the conference we planned on having a direct reference to our faith in Christ but interestingly our faith was shared during the entire time in a variety of ways including a direct gospel message to take place on the second day of the conference. It was a new experience for me. The Gospel message was intermingled with everything that was shared and talked about during the conference, including the technical coaching sessions. It was remarkable for me to learn of how diverse and rich are the ways that our Lord chooses to work the knowledge of His love to people. I believe Coach Thiago Pinto did an excellent job kick starting the conference and gospel conversations on the first day of the conference. I heard that on that first night several players and coaches stayed up until late hours of the night talking about the Christian faith and God. One of the attendants of the conference mentioned to me the next day that a person had asked him, “Why Christ had died on the Cross?” This is why we came! The conference flowed naturally, and I could sense God’s presence and peace at the conclusion of the first day.

On Tuesday, the second and final day of the conference, the day started early with a delicious breakfast. I noticed that some of us stayed up late the night before because a lot of the attendees looked tired, but you could also notice the joy and attitude of gratitude. Coach Pinto kick started the second day with a brief word to review the first day and introduce his newly hired assistant Jason Freedman, a licensed athletic trainer. He spoke on the topic of injury prevention. The coaches and even the athletes present were extra interested in this particular topic. Jason did an excellent job sharing valuable information, which in my opinion, were knowledgeable and practical. Following Jason, Jorge, who is originally from Mexico and a former player for Coach Pinto, shared his experience coaching in Indonesia where he currently coaches and resides with his wife and daughter. He also shared his genuine and heartfelt testimony that was of great encouragement.

After Jorge, Niranz Khadaka, a former Nepal National Soccer team player, shared about his  experience with soccer at the professional level and competing in international competitions representing Nepal. He did a great job sharing his passion for the game, but mostly his testimony of how he came to faith in Christ was most impactful. Everyone’s attention was on him as he explained how he battled his family Hindu traditions and how he searched for truth for himself until God revealed Himself in a dream and showed him heaven and hell. It was one of those stories that you imagine reading in a book or watching on television. It truly was a faith building moment for me at least, but I am sure that it also was for many others in the room.

Finally, we closed the conference with a few words shared by myself as Pastor Rueben posed the question; “Why do you love Nepal?” That was a question not hard to answer at all. In fact, I enjoyed talking about how I had prayed to God in 2o11 asking Him to give me a chance to serve in Nepal just to have that prayer answered five years later with an email coming to ANS Ministries from Pr. Reuben. So five years later I set out on a solo journey to connect with him for the first time. That special question also opened the venue for me to make a direct presentation of the Gospel and offer an invitation for attendants of the conference to accept Jesus Christ as their Lord and Savior. It surely was a special moment for me. It felt as if everything that was done, talked and discussed during the conference was all meant to culminate at this very moment when the love of God would be freely presented and offered to everyone. What an incredible and holy moment that was. It is almost impossible to describe the peace and presence of God that was felt at that the moment.

I thank everyone for their participation in this first coaches clinic in Nepal, an event which Pr. Reuben and I hope will become a yearly event where many other coaches can also come along and positively impact the development of the game in Nepal and most importantly impact the developers of the game with the love of Christ. I am humbled by the investment of ANS Ministries donors that trust our every effort to fulfill the mission of Making Disciples of All Nations that ANS Ministries so dearly pursues. We hope that some of you may be able to join us in the future either locally or abroad on one of those adventures of a lifetime. Come with us to Nepal Hope Tour. – Thiago Goncalves, Th. M.,

Thiago Goncalves answers the question: “Why Do You Love Nepal?”

Learn how you can make a difference NOW!!!