Thiago Gonçalves, Th.M.,
Presidente & Fundador
Thiago Goncalves was born in Brazil, found his way to the United States at the age of 17 through the great game of soccer. It wasn’t until college that he received Jesus Christ as his Savior. While in college he participated in several local and international mission trips. Upon graduating with a Bachelor’s in Exercise Science from Bryan College, TN., Thiago began a Master’s degree program in Theology with an emphasis in Cross Cultural Missions at Southwestern Assemblies of God University, TX from where he graduated with academic honors in 2010. Thiago holds a minister's license with the AG - USA. View Thiago's page
Thiago has lived in Brazil, Hawaii, Georgia, Tennessee, and currently in Texas. Speaks and writes fluently in three languages, Portuguese, English and Spanish. Before pursuing soccer Thiago was a competitive swimmer, having competed in major tournaments like Brazil national championship and Hawaii State tournament. Has been married to Stephanie Gonçalves for ten years, has two daughters a son and a dog.
Fun Facts about Thiago

Stephanie Gonçalves M.Ed.
Vice President
Stephanie Goncalves grew up in Athens, Georgia. She holds a Bachelor’s degree in Elementary Education from Bryan College and a Master's degree from Southwestern Assemblies of God University in School Principalship. She has taught in both the private and public sectors of education. It was during her first overseas mission trip with her youth group to Russia where she answered the calling in her life to serve the Lord completely in ministry. Over the years she has participated in, lead, planned and served on mission teams across four continents. Currently, Stephanie serves alongside her husband in fulfilling ministry duties.

Wyatt Bozeman M.A.
Financial Director
Mr. Bozeman earned his Bachelor of Arts degree from Samford University, Birmingham, Alabama and his Master of Arts degree from the University of Georgia, Athens, Georgia. His work experience focused on organizational management and he spent most of his career serving in hospital and Christian school finance and administration. Mr. Bozeman and his wife are recently retired and are active members of a local church and its ministries. He has been a deacon for over 35 years.

Chris Dickerson
Vice President & Director of Humanitarian Services
Chris Dickerson was born and raised in southern Brazil. As a son of missionaries Chris has always had a unique perspective on what it means to be a Christ follower and to fulfill the great commission. At a young age he committed his life to Jesus and has pursued his passion to see others transformed by the power of God. He holds a Bachelor's in Church Ministries from Southwestern Assemblies of God University and currently resides in Mansfield, Texas.

Bishop Noah Effiong
West Africa Representative
Bishop Noah Effiong was born and grew up in River State, Nigeria. He holds a Bachelors degrees in Engineering and Church Administration respectively from the Indian Institute of Technology, India and Muskegon Bible Institute, USA. He also holds a Master, in Missions and a Doctorate in Missions and Evangelism from Muskegon Bible Institute, USA. Bishop Noah was married to the late evangelist Mrs. Uduak Noah and has five children. Noah is the founder of African Global Ministries Network, Abundant Harvest World Outreach Church International and the West Africa Coordinator and Crusade Director of ANS Ministries. Bishop Noah is a revivalist and well known as a prophet who ministers weekly through the rural villages in Nigeria for the purpose of evangelism and breaking down demonic strongholds. Noah hosted the first ANS Cup in Nigeria with Thiago (President of ANS Ministries) in 2013. Bishop Noah is willing to go anywhere the Lord directs him to go.

Pr. John Balole
East Africa Representative
Pastor John Balole was born in Mwanza, Tanzania. Before beginning his ministry, Pastor Balole served in the Tanzania National Guard for ten years and worked as a credit supervisor at a local bank. In 2005 he studied in the UK and received a diploma in cross cultural missions. In 2006 Pastor Balole was awarded a certificate in Christian Leadership in Seoul, South Korea. Just recently he completed a three year leadership study under John Maxwell. Currently he is seeking further studies in cross cultural missions. Pastor Balole is married to his wife Consolata, and together they have three wonderful boys, Ezra, Daniel, and Asaph. The Balole family lives in Bukoba, Tanzania and in addition to pastoring Tanzania Revival Church in Bukoba, Tanzania and overseeing several local Pastors and church, Pr. Balole serves as the East Africa Coordinator & Crusade Director for ANS Ministries.

Rev. Albano Tayengo, M.TS.,
Board Advisor & Coordinator of Ministry in Portuguese Speaking African Countries
Pastor Albano Tayengo was born into a Christian family in Angola and witnessed from a young age the power of Christ in transforming and saving lives. Growing up in the midst of a civil war Tayengo dedicated his life to ministry at age 15 and pursued being a Sunday School teacher so he could share the Word of God with others. Soccer was the sport in Tayengo's community and from a young age he witnessed its power to bring people together. In 2001, Tayengo came to the U.S. to complete a Masters of Theology and became involved in planting Spanish language churches for the United Methodist Church. Tayengo was ordained an elder in the United Methodist Church in 2008. He and his wife and children have been actively involved in mission work and in church planting and in playing the game of soccer.

Ivan Flores M.S.
ANS Ministries Peru Director
Ivan Flores was born and raised in Lima, Peru. At age 19, by the grace of God, he was able to attend college in the United States. It was on 2004, at his last year in college, that he accepted Jesus Christ as his Lord and Savior. God granted him a Bachelor's degree in Business Administration from Bryan College, TN. Five years later, God's faithfulness took him back to the United States to pursue a graduate degree. In that year he got baptized in water and decided to live his life to serve Christ. After graduating from East Tennessee State University with a Master's degree in Public Administration, God took him back to Peru to serve Him. It all began after getting in touch with college friend Thiago Goncalves and have been shared the vision of ANS Ministries, God worked out the Peru Hope Tour in March of 2016. Since then an ANS Peru Team was established and a congregation has been opened in the town of Santa Clara in the suburbs of Lima. God's faithfulness has accompanied this mission and many souls have been reached by the the love of Jesus Christ. Praise be to Jesus. 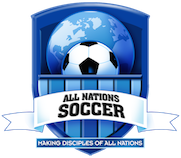