ANS Cup: The ANS Cup in Peru took place for the entire month 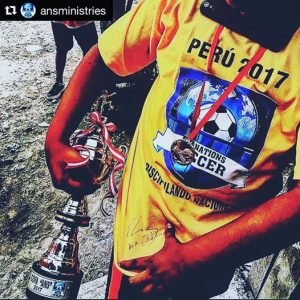 of February in the community of Santa Clara, Lima. Along with five additional volunteers who assisted with the organization and logistics of the event, ANS Ministries Peru volunteer and missionary Guillermo Leon successfully lead and accomplished the 4th ANS Cup. 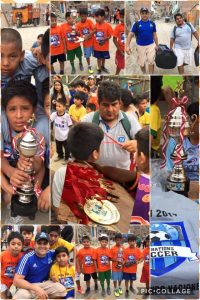 Much of the community was involved in the games, and since the ANS Cup took place on a street of Santa Clara, many residents were following the games from the windows of their homes and cheering on their kids. The most waited moment by the kids and parents was the conclusion of the games with the delivering of trophies and medals. Every player received a medal, a colorful ANS Cup t-shirt, and the top three finalist teams received championship trophies.

The conclusion of the ANS Cup also brought the most anticipated moment for  me and Guilhermo. Earlier that evening as Guilhermo and I carried the sound system up the steep hill leading to the street where the games were 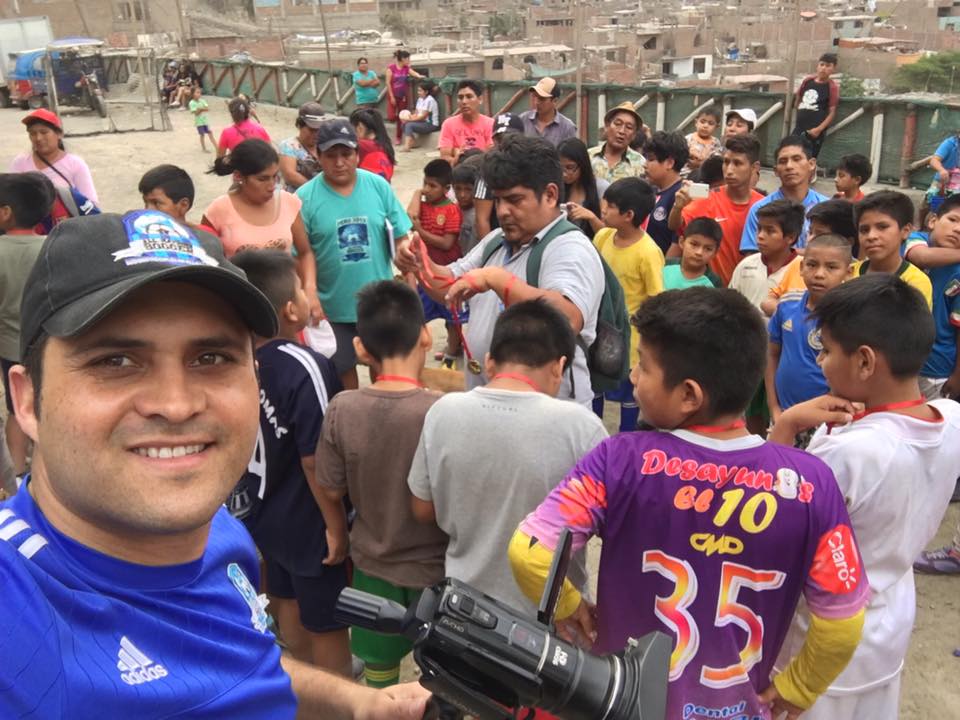 to take place, we joked with each other as to whom would deliver the presentation of the Gospel. I was convinced that Guilhermo was the best person to do it since he had done all the hard work up to that point, had earned the respect of his community, and in my opinion, was ready for the challenge. Guilhermo insist
ted in not wanting to do it. His excuse was that I had come specifically for that job and as the president of the organization, I had to do it. So, I was "forced" to design a perfect strategy to initiate my friend in the evangelist world. I immediately took the job of a camera man and simply kept myself busy during the whole time and specially after the games were over.

Guilhermo did a great job through the entire presentation of awards and recognition of the volunteers. As the big message time drew closer he kept looking and signaling me to come. However, I could not do much to help him because I was simply too busy making sure that every special

moment of that important event was captured on video. Therefore there was no other choice but  for Guilhermo to deliver the most important message of all, the Gospel of Jesus Christ.

Guilhermo as expected did an outstanding job and now has a new found calling and vocation as an evangelist.  - By Thiago Goncalves, ANS Ministries President 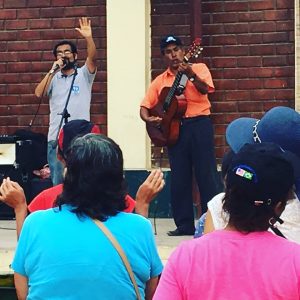 Praise Jesus. The Lord made a way where it seemed there was no way. Doors had been closed from fellow congregations we thought we would receive support from. The Lord wanted to have this evangelistic campaign so we did not stop. Through the support of a small group of believers we ran the advertisement and all the preparations. God touched the hearts of the local authorities by allowing us to use the main square plaza. Praise Jesus. At the day of the campaign we had no sound system but the Lord led us to visit a former believer who granted us his entire sound system. He and his family attended the campaign with great joy. The Lord took control of the entire program in the campaign, it ran smoothly and His wonderful presence overtook each moment of the campaign. 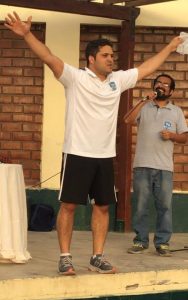 The praise and worship was led by Peruvian evangelist Anselmo Llerena and the powerful word of God was shared by evangelist Thiago Goncalves. Souls were touched and they took the altar call to accept Jesus Christ as their Lord and Savior. You could breath and sense the sweet aroma of redemption and grace that covers all sins through the blood of Jesus. People had been saved, delivered and healed and it was all through the everlasting love and mercy of our Lord Jesus Christ. This small town at north of Lima has been touched for eternity because God's word will not turn back empty and His presence will remain unconditionally faithful. Praise be to Jesus. - By Ivan Flores, ANS Ministries Peru Director.